We said goodbye to Dan and his team and decided to try running the MinION in the back of the Land Rover whilst we drove onto the next hotel.

Isaac and I spent the morning catching up on admin and collecting things from town. I went to fill up the car with diesel and on my way back got caught looking at my phone whilst driving.

A police car came up alongside and told me to pull over. Another policeman was waiting there and got into the car. He said that we would need to go to the police station to speak to the commisioner and pay a fine, unless I 'could help him out'. I sais that if I had broken the law, then I would happily pay the fine, but I wasn't speaking on the phone, so didn't think that I had broken the law.

Isaac had been picking up some lunch, so we swung by the supermarket where he was and picked him up before going to the police station. Leaving Isaac at the car, I went in with the police officer and was brought into a room full of cops and with a large policewoman working behind a desk.

The police HQ was falling apart, but it had a certain charm. It was dark inside and the corridors gave way to rooms and cells, but the particular room I was in on the fierst floor was light. I asked to see evidence of the law I had broken, and whilst a different police officer found a book and pointed to a page, yet another one started talking to me.

'You have broken the law!'

'I want to see the lawbook first, but if I have, I'm happy to pay.'

'You have broken the law and you got caught - a thief is a thief once he is caught!'

'I don't think so, a thief is a thief if he steals something, whether or not he gets caught, but anyway.'

There was indeed a regulation that had been broken, so I duly apologised and paid the fine of 450 kwacha.

Back at the hotel we were almost ready to leave. We thought it would be fun to run the minion in the back of the car as we left and so, with the afternoon sun beginning to creep beneath the horizon, we set off with a sequencing machine actually running in the back of a Land Rover! 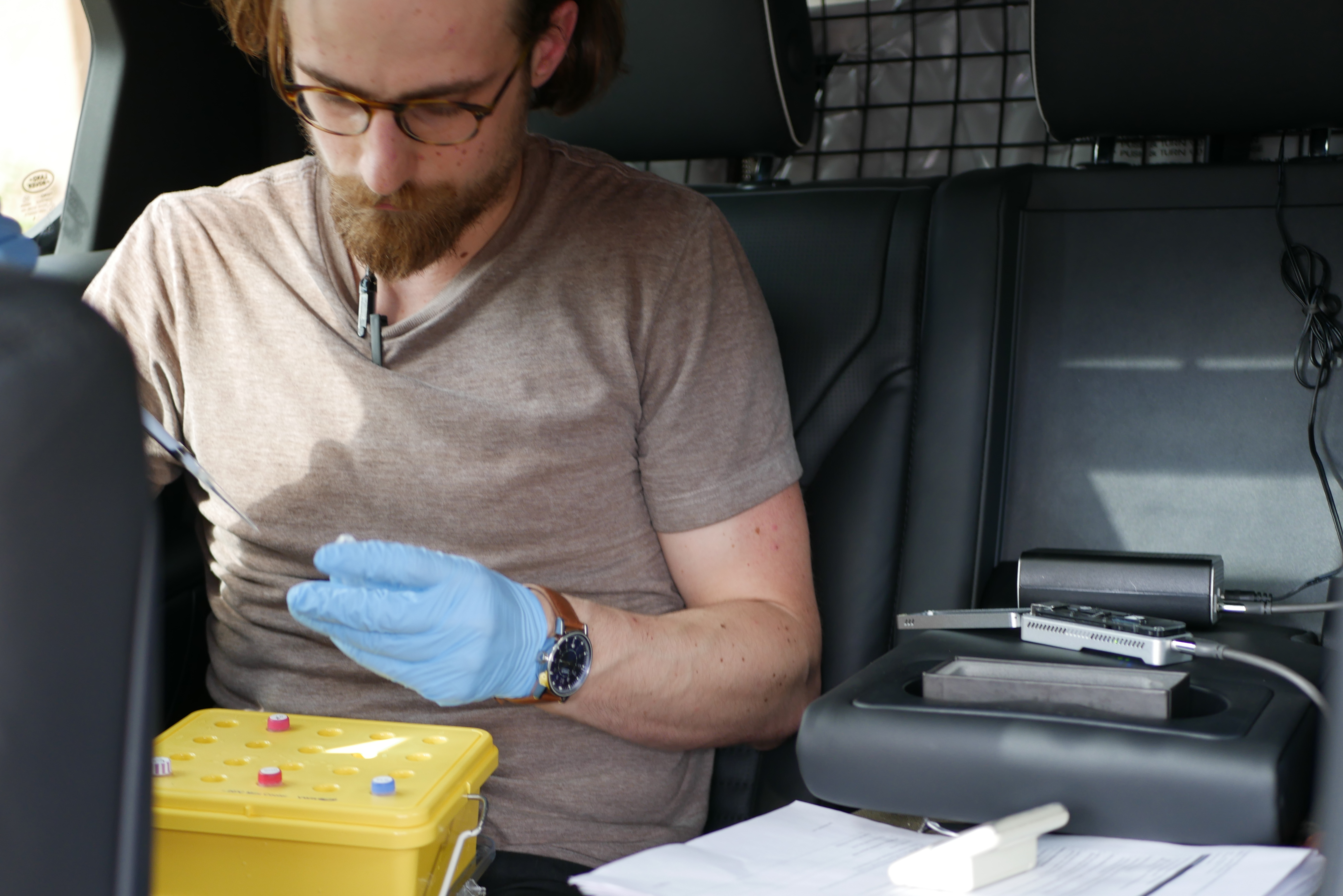