We've spent the last couple of days in and around Ndola in the Copperbelt Province. Depending on who you talk to, Ndola is the third or fourth largest city in Zambia, but it doesn't feel too big. Like Lusaka, there are a few malls which seem to be the only place to get any dinner at night. I'm sure we could try to scope out somewhere else if we looked a bit harder.

Monday was an interesting day. We needed to meet the head of health for the district to get his blessing to visit a malaria clinic in the area. We duly rocked up to his office at 0830, but he was already in a meeting. His office was in a compound that looked a bit like a 1960s science department at a British university. All squat, single storey buildings that looked like the proverbial science block. There must have been about 100 vehicles parked up, which made it look like the whole city was visiting.

To buy some time before the director was out of his meeting we went the Tropical Disease Research Centre (TDRC) at the nearby central hospital. After schlepping up to the sixth floor we were sent to a room which had a dated American CEO feel to it. Desk at the front with flags, books and binders behind, and a three piece crushed leather effect seating area where we awaited the director. Dr Christine Manyando, an elegant clinician, arrived after a few minutes and excitedly listened to our story. She immediately decided to gather the rest of the department and suggested we return that afternoon to have a more formal meeting. 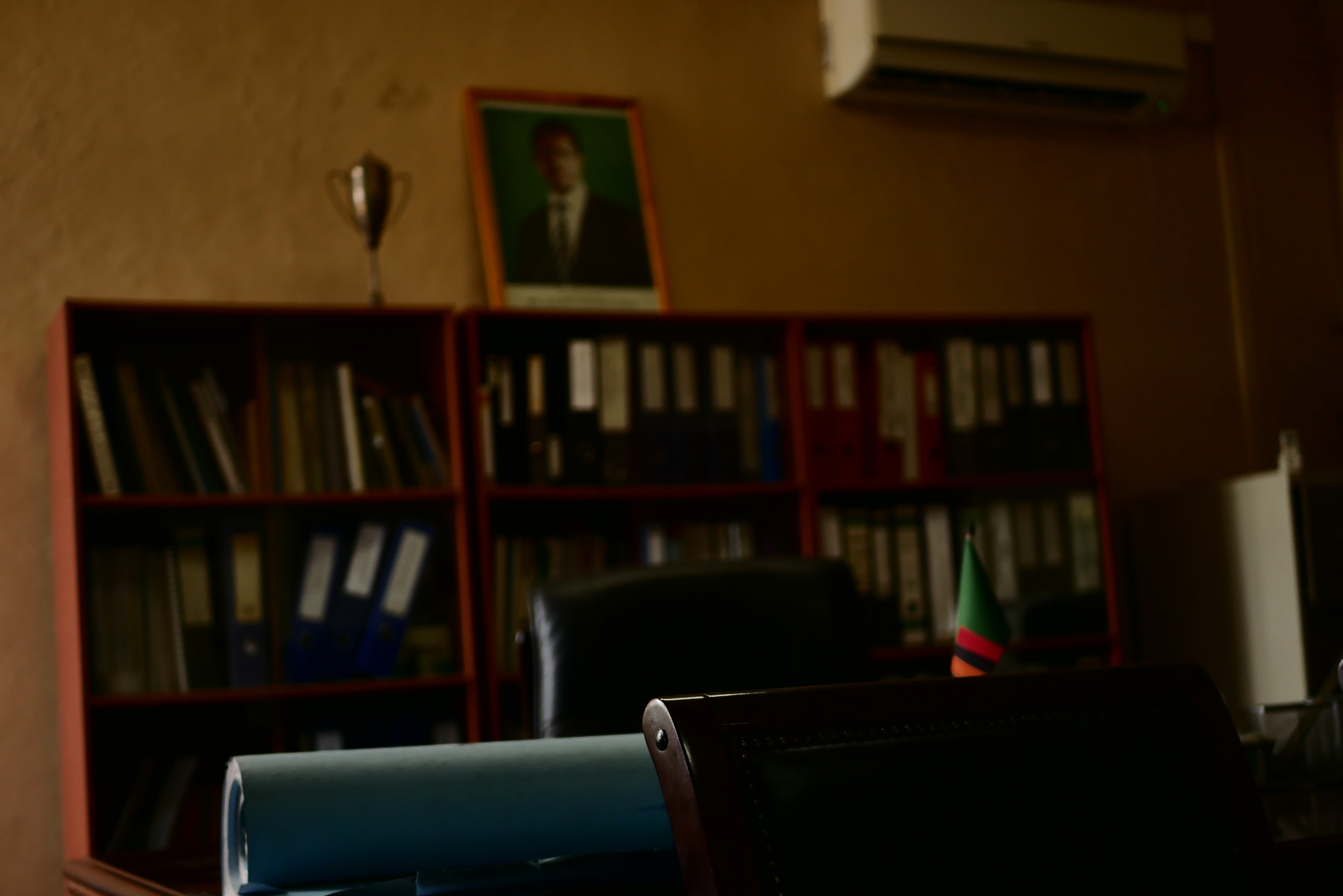 We went back to the district health office and met with the director for 10 minutes. We heard of the work they were doing to halt malaria and were given blessing to visit a malaria clinic in Kaniki, a 30 min drive awaya and around 3km from the border with the DRC.

We drove to Kaniki, crossing our first 'river' and found a rural health clinic made up of a few buildings. Here a team of about 10 nurses, technicians and health workers serve the surrounding population with healthcare that is largely provided free of charge by the Zambia government. 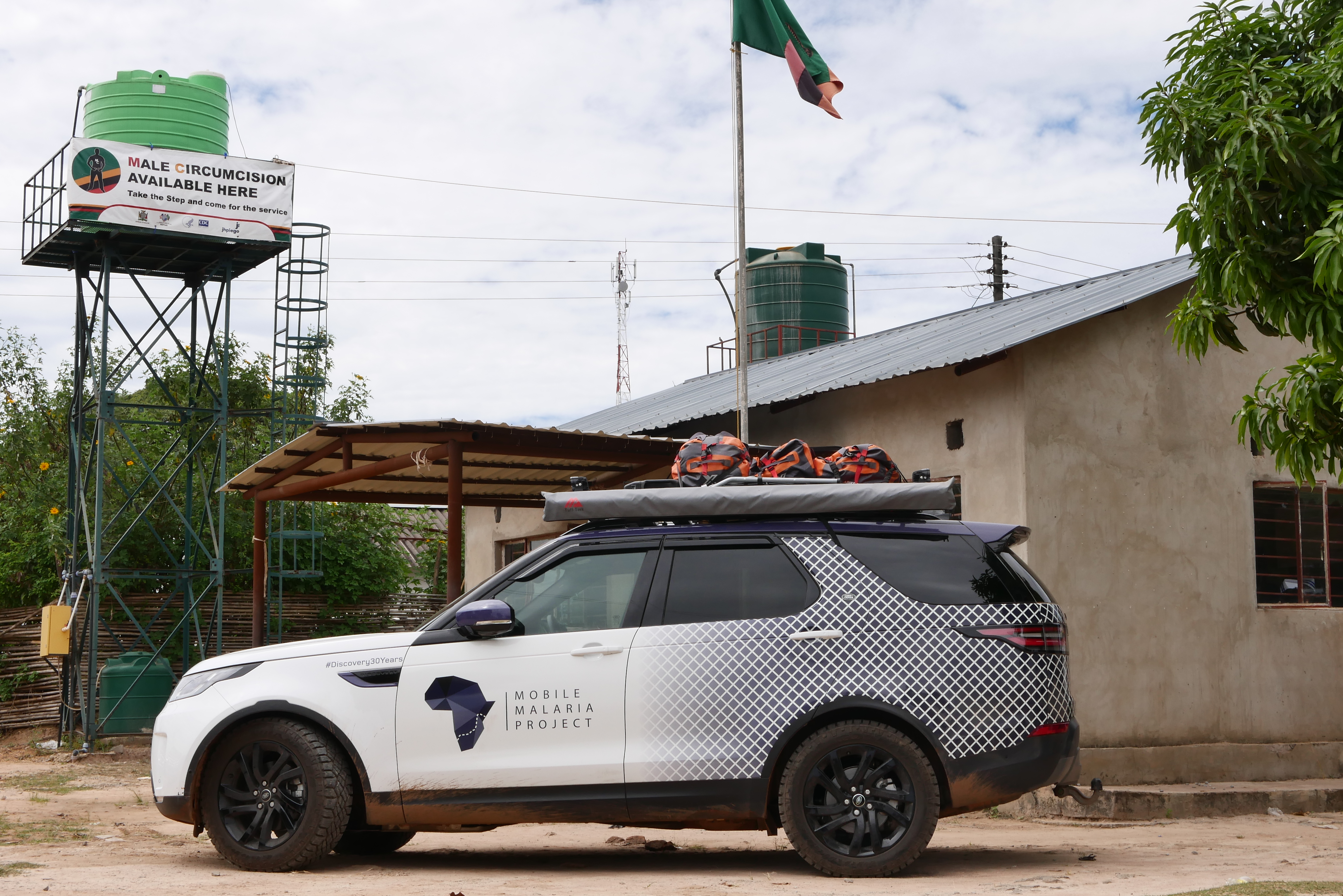 We were here to work with some of the local malaria team to collect a few blood spots to trial our extraction protocols on fresh samples. The idea would then be to put the extracted DNA onto the minion in order to test the potential of getting from sample to data quickly.

That morning, of the 56 people who had visited the clinic, 35 of them were positive for malaria. They were tested with an RDT (rapid diagnositic test) which looks a bit like a pregnancy test, but on which you put blood and some chemicals. I spent a bit of time with two trainee nurses who were spending 3 weeks in the area working in the clinic. They went through the process of performing an RDT on me, and unsurprisingly I was uninfected. 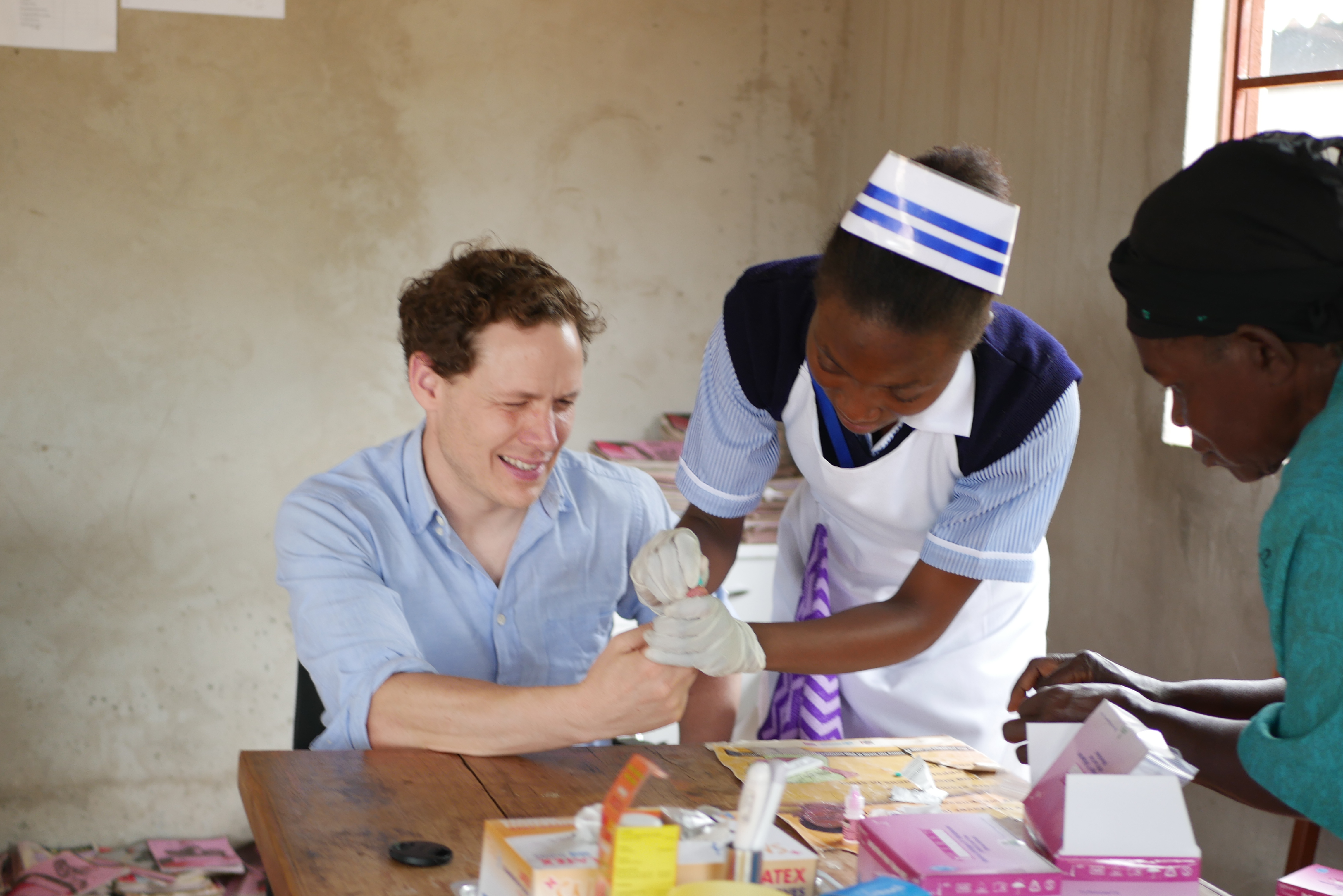 Dan's team took charge of getting the samples and soon we had 7, enough to trial the feasibility of the protocols. We left and drove back to the Ndola and had a lovely lunch of nshima and goat at - weirdly - a small boma behind the city's squash club. 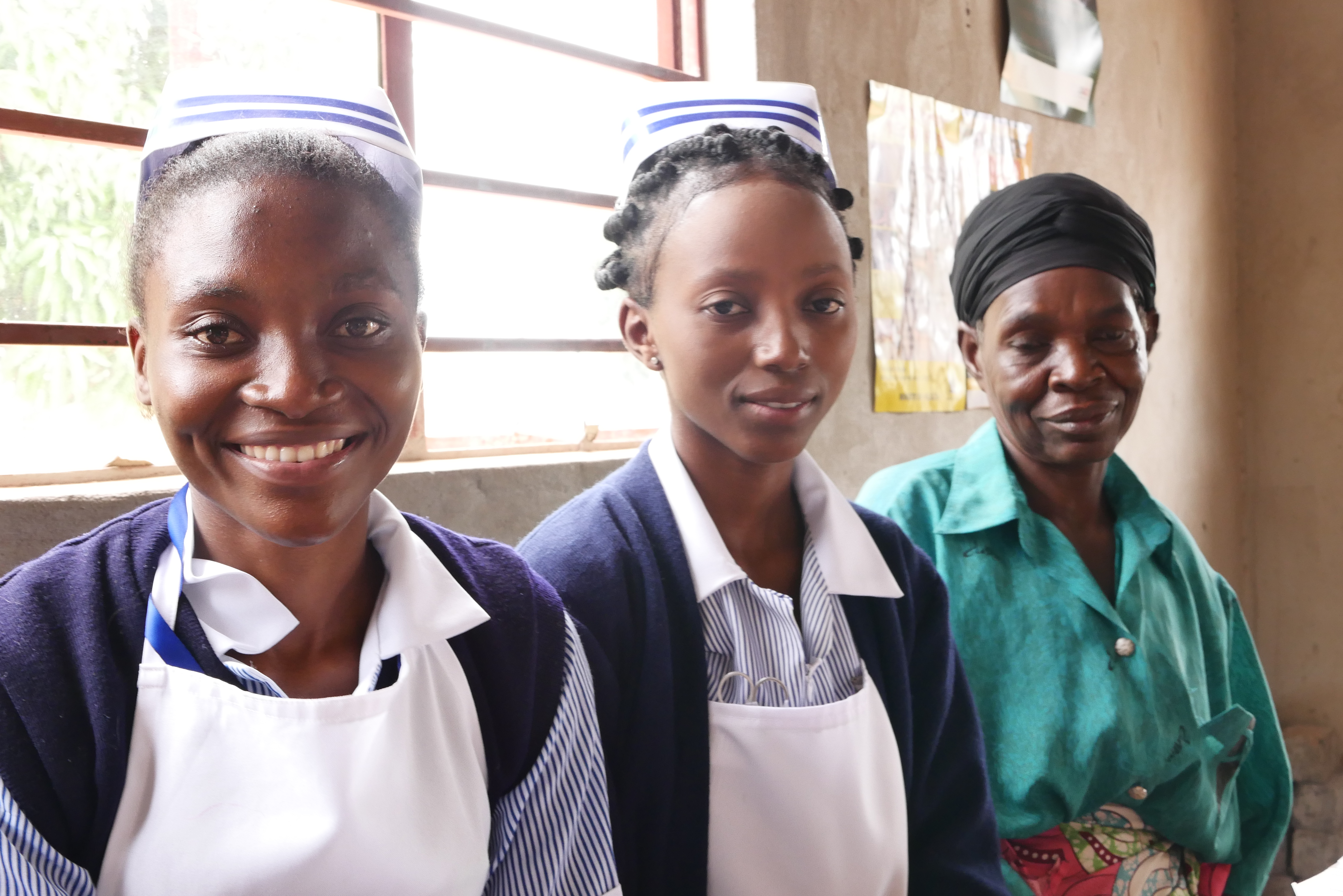 We went back the TDRC, hauling all of the equipment up to the labs on the 7th floor of the hospital. Whilst Jason, Rachael and Brenda (two ladies from the lab in NMEC) got to work extracting the samples, Isaac and I went to speak to the gathering crowd in the department's main conference room. 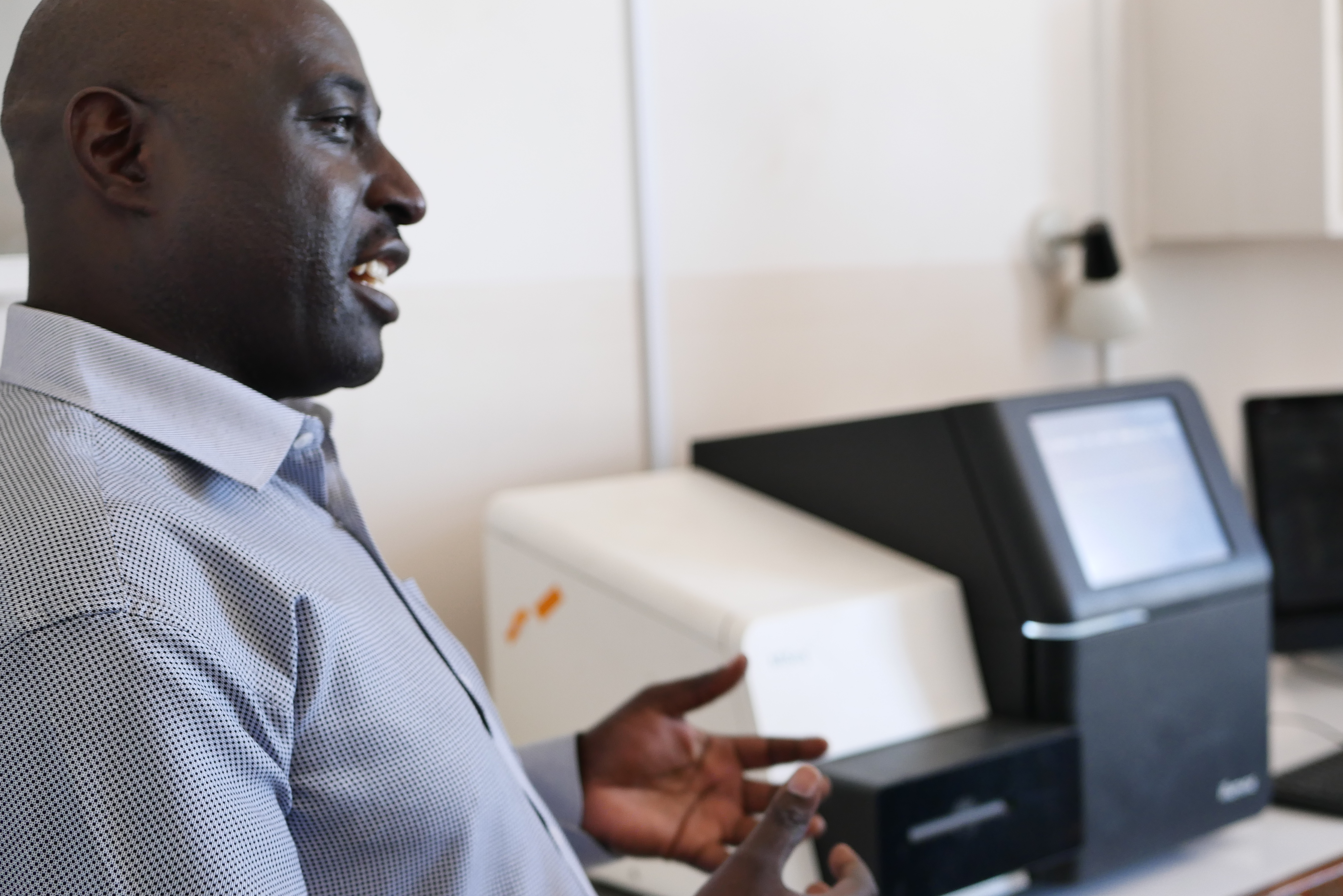 Dr Manyando has managed to get the acting Director plus a number of high profile TRDC scientists together with another 20 or so people into the room to listen to what we had to say. Although I had slides and a general presentation, we couldn't get the IT to work so I just stood up and spoke to 10 minutes about what we are doing and why we think it's important. 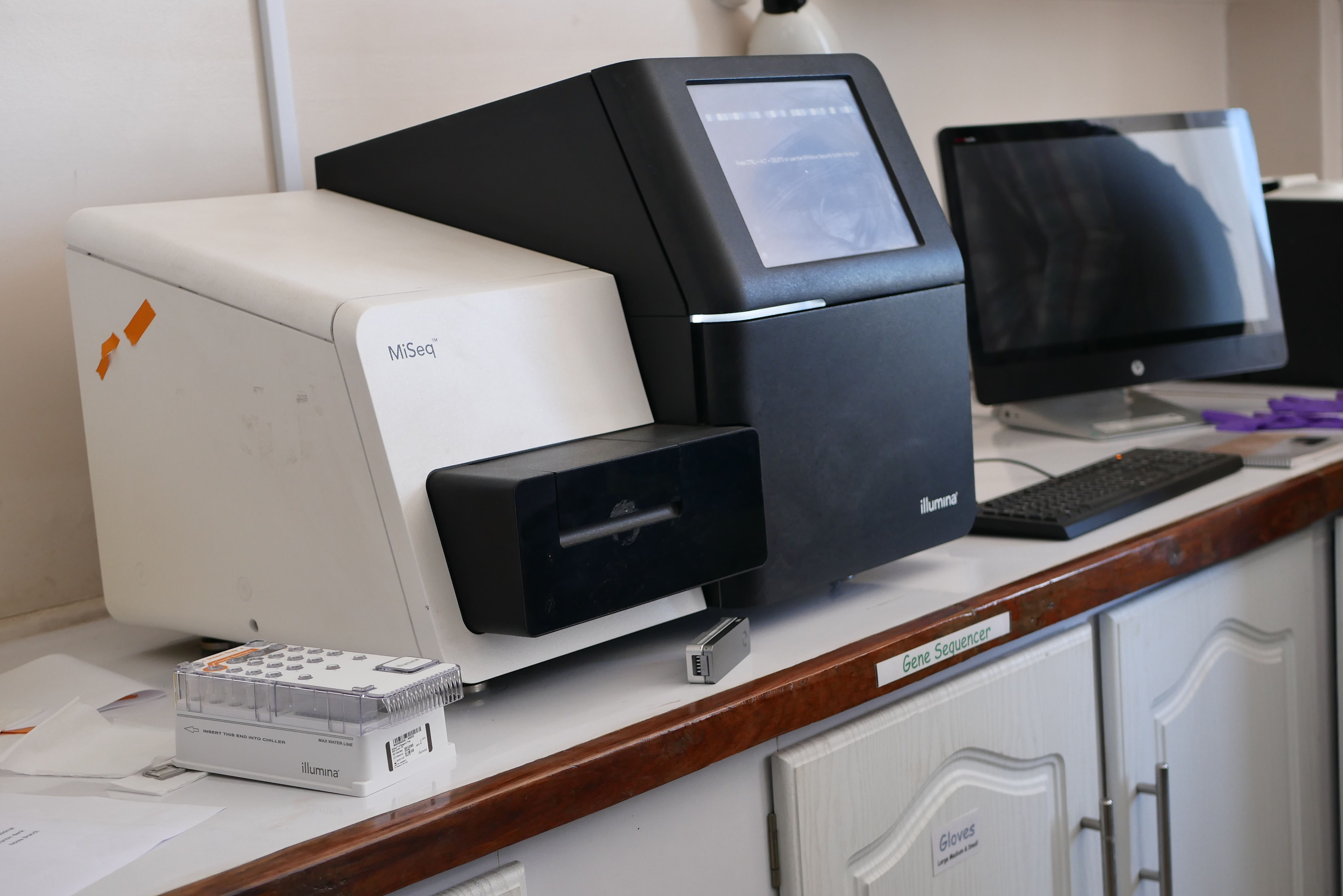 We were me, yet again, with pure enthusiasm for our project and with multiple offers of collaboration fo the future. I can't work out whether there is genuine appetite for genetic sequencing or whether they are keen to impress keen young scientists visiting their institute because of the potential for future grant funding that such collaborations can promise. I think that it's the former, as they have a sequencing machine already in the department sitting there, not quite gathering dust, but unused at the moment. So they are clearly tuned into genetic analysis, but don't have the capacity. This is exactly where the sort of approach that we are advocating can step in.

We got back and decided to get some pizzas in. We went out to get them and switched to a Hungry Lion. This is basically KFC, but pretty grotty and not something that I'd have again. It's a real shame that many meals fall back to fast food, but at least we had the opportunity to eat local at lunchtime.

The number of days away is beginning to stack up - I can't believe it's been 24, although at the same time this feels entirely reasonable. We travelled quite far and have a big drive ahead of us later this week before we move into the last part of the trip in Kenya.