We left Mugumu on our last day in Tanzania. It had been a bit of a whirlwind 6 days rushing through the country but we'd felt like we'd really put the car through its paces as well as seen some of the classic Tazanian sites.

Our final border crossing was uneventful yet again. People had been warning me over and over that crossing borders would be tricky. But I've found the opposite to be the case. If they're approached calmy and humbly - and you have all the paperwork in order - then there's really not a lot that can do wrong.

We've been very fortunate to have had our insurance organised through the university and so had a separate agent in each country looking after us. Communicating via whatsapp allowed us to ensure that our documents were either sent through to us in during the final few days in a country, or waiting for us on the other side. The Carnet de Passage for the car was always accepted and made life very easy. The only one issue we had as we were leaving Tazania is that they wanted us to put all of our cases through the metal detectors. We refused and asked instead for an inspection of the car and this seemed to work.

Once in Kenya we had planned to meet up with some friends of Isaac who lived in the route between Isebania on the border and Kisumu on the lake. Isaac's father was born in Kenya and had kept links to people here via various charities. The particular family that we visited, headed by Mo, were artisan soapstone carvers, so we had a look at their shops and their workshops (under a mango tree!). 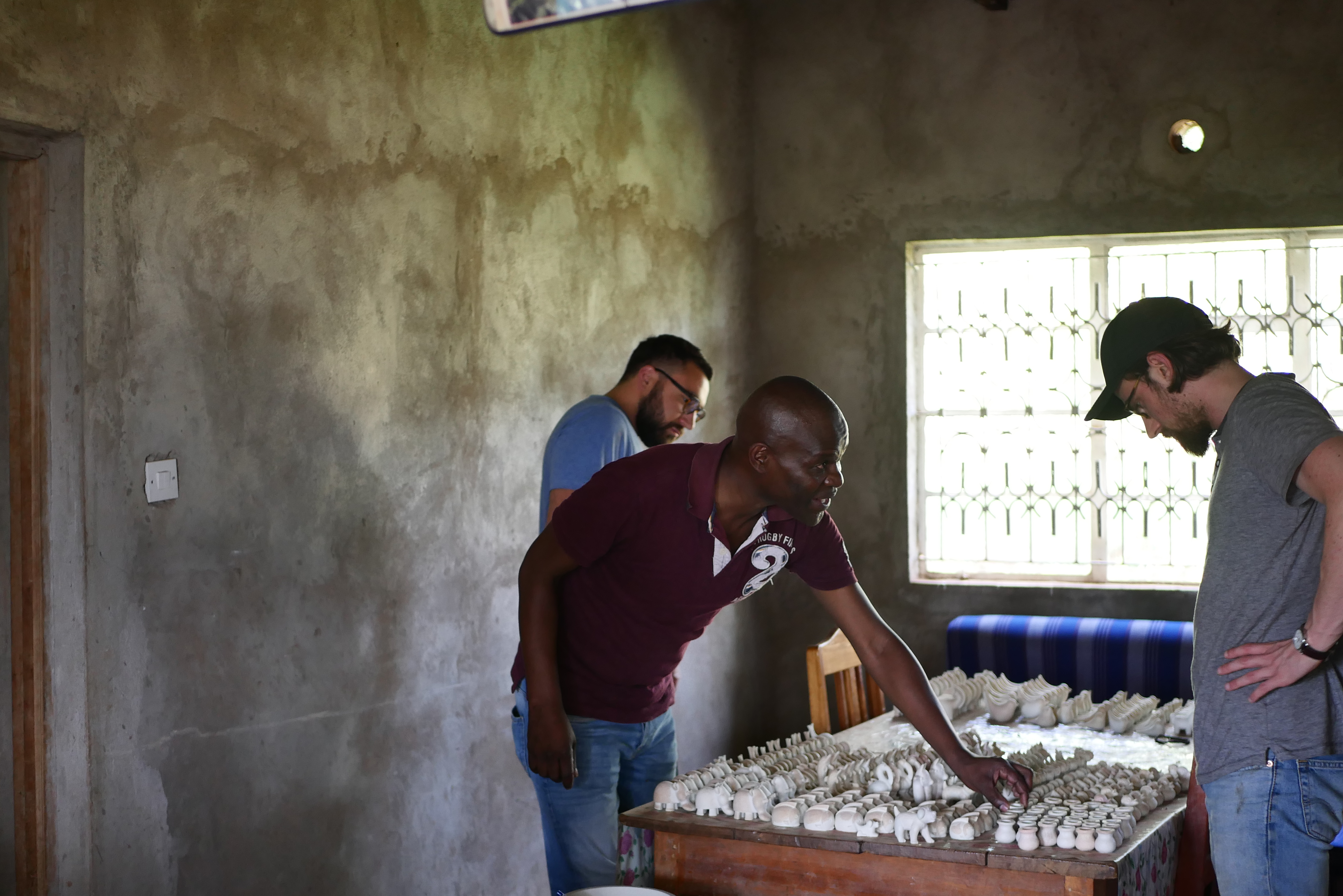 They invited us for a lunch of ugali and chicken and it was great to experience their hospitality. We were very lucky to be given some soapstone carvings to take back with us to the UK.

The road up to Kisumu was really bad - half constructed, half not - it was tough going and we arrived to Kisumu with the sun setting ahead of us. We had arrived for our final stint and were ready to back into the science after a week of driving.