Less fun driving than yesterday, we nevertheless had a decent day's driving up to the north of Tanzania. The road was paved all the way except for a short section out of Itigi. We'd hit various road blocks, manned by police who would be carrying card machines for fines.

We got pulled over at one point for driving too fast - I said I'd pay a fine if the could give me a receipt. The machine wasn't working however, so they just asked for 30,000 shillings ($10). We didn't actually have this, but chatted away a bit with them. Jason and Isaac had picked up a bit of Kiswahili which really helps diffuse any situation. We ended up just driving on without any 'fine' being paid. 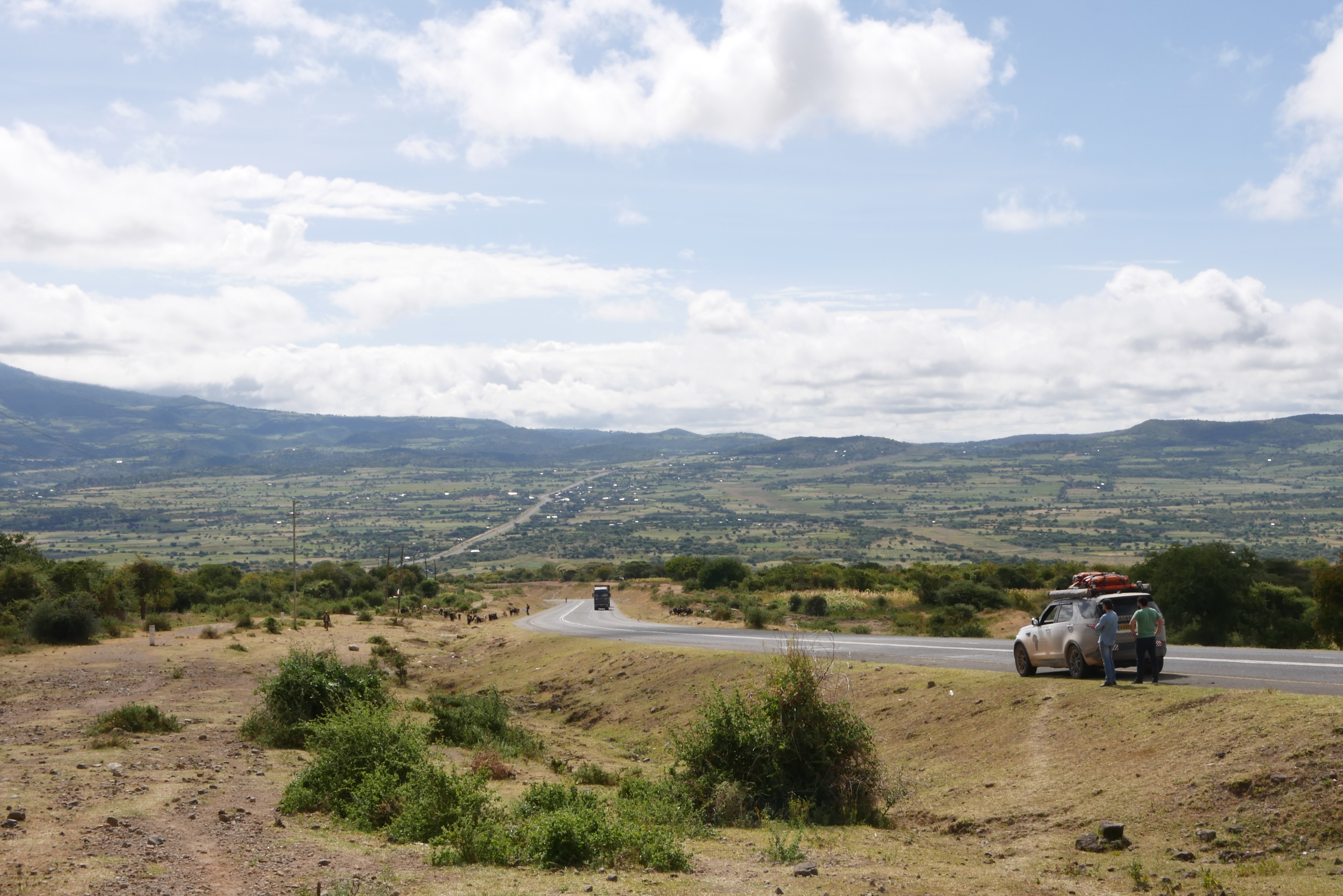 We arrived in Karatu in the early afternoon and Isaac suggested we try a place called Gibbs Farm for lunch. This place was incredible. The food was something out of Soho Farmhouse - all locally produced and very nice. Naturally, there were a lot of 'muzungus' here, so much so that we realised that most of the last few weeks had been spent away from touristic areas. It was nice to put our feet up for a few hours and relax with the plains of the Serengeti away in the distance.

We met a guy at Gibbs Farm called Vincent Molley, who was a part time guide and who worked there at the reception. He was the perfect person to help us find someone to take us across the Serengeti and after he first showed us a cheap guesthouse in Karatu - which beause it's the gateway to the Serengeti, was hard to find - also managed to get a fried of his, Basso, to take us round the park on Tuesday.

Tomorrow we'll head to the Ngorongoro crater for a day driving aroung the caldera. I can't wait.